Here is a just a glimpse of Geo network: 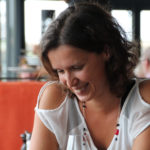 After a Masters in Translation and a year travelling the US as part of a sales force team, Emilie spent several years in the marketing department of a large real estate firm. Her passion for languages, taste for travel and digital inclinations lead her back to the field of translation. A talented team builder, the past seven years have been mostly devoted to project management. Nevertheless, translation and copywriting are still a big part of her life. So much so that in early 2018 she published her first book for children. 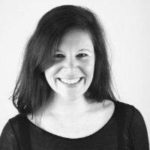 Originally from Northern Ireland, Kathryn discovered a passion for French at a very young age, when she came across an Astérix comic book – in French – in her local library. With a BA (Hons) in European Business Studies, she moved to France in 1994. After obtaining a Master’s degree in Technical Translation, she started up her freelance translation business in 2012. Today, she is notably specialized in the naval construction, helicopters, and luxury tourism fields. She is also a professional trainer in the creation and development of freelance businesses, and a “Get Clients Now!” certified facilitator. Finally, Kathryn is a member of the Board of Directors of the Fédération des Auto-Entrepreneurs.

Born and raised in Milan, Sonia spent several years in London in the 1990s where she worked in the travel sector at an incoming tour operator office. Settled back in Italy in the Lake Maggiore area, while working part-time in the sales office of a factory automation company, she started her venture in the translation world, specialising in travel and hospitality content. She is now a full-time freelance translator and editor and also engages in project management for editorial content.

Originally from Germany, Anne has more than 11 years of localization experience. She has written, translated and polished content for German audiences in print media as well as online, from marketing copy to travel guides. Her passion for audio-visual storytelling let her venture into dubbing and subtitling, and she has been involved in the localization of numerous film and TV productions for major streaming media companies. As a project manager, she regularly oversees large-scale content creation and localization projects in multiple languages. Anne speaks German, English, Spanish and Japanese and is a member of the Chartered Institute of Linguists, London.

You can find out more about which cookies we are using or switch them off in settings.

This website uses cookies so that we can provide you with the best user experience possible. Cookie information is stored in your browser and performs functions such as recognising you when you return to our website and helping our team to understand which sections of the website you find most interesting and useful.